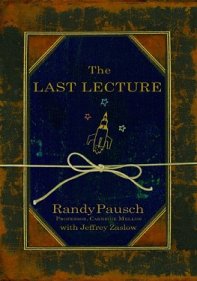 In September 2007, Randy Pausch delivered, at Carnegie Mellon University, his celebrated “Last Lecture,” an inspirational and uplifting testimonial on making the most of life; the speech became an international hit on the Internet and was the subject in 2008 of a best-selling nonfiction book. Pausch, who in September 2006 was diagnosed with pancreatic cancer, discovered shortly before giving the lecture that he had only a few more months to live, and he prepared the speech titled “Really Achieving Your Childhood Dreams” as a type of time capsule for his three young children. He became an overnight celebrity with his effervescent personality, appearing on numerous television shows with his witty repartee and lobbying the U.S. Congress for funds aimed at pancreatic cancer research. from Britannica

The following versions of the book, The Last Lecture, are available at the CCAC Library:

One Book, One Campus is brought to you by Allegheny Campus' Office of Student Life.